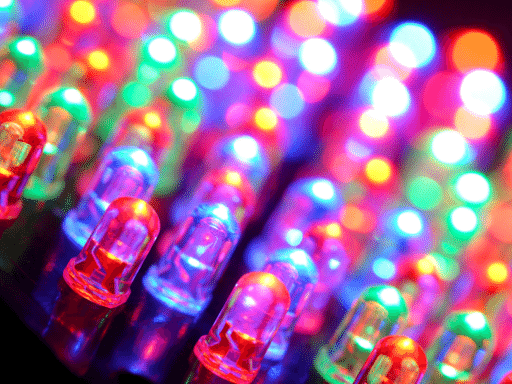 IC 4017 is generally used in walking led circuits that do not require programming. If the number of LEDs to be used is high, the leds are driven with transistors. 555 IC is used for the 4017 to work. Capacitors and resistors are also used for the timing operations of the 555 IC. Take this information into consideration when looking at these circuits.

This circuit is a simple and cheap led circuit project. There is circuits diagram on source link. There is 4060 oscillator IC on this circuit.  Also 5 parallel leds are controlling via PNP transistor.

I loved this VUmeter circuit. LM3915 IC had used in this projects. The components can find everywhere: Leds, 10 uf capacitor, piezoelectric disc, 1k resistor, 1m resistor and 9v battery. There is circuit diagram on video at 2:43

Also you look at this topic:

Everyone love police lights. This is simple and great led project. Do you want to make led circuit then I advise to you this project.

This 3 Channel led chaser project can use many professional applications.  BT136 triac had used as led driver. BT136 can drive 4A load.

Code is often used in RGB circuits. However, this circuit is made without using code. In the video, the construction of 3 led circuits is explained. The third period was my favourite.

This video is to show you how to make a simple running colour changing LED chaser. I will make this circuit certainly.