When we make an application with Arduino, we have to use at least 1-2 sensors or modules. The strongest part of Arduino over other platforms is that it has many modules. The number of Arduino sensor modules is gradually increasing. Knowing what these sensor modules are means you know what materials to use in your projects.

Infrared (IR) receiver and transmitter module, which is widely used in Arduino projects.
It operates at a frequency of 38kHz. For more info: KY-022 guide

It is a laser diode module with 5mW power, 650 nm wavelength and working with 5V. There are application areas such as a security project where light should not be seen.

It is a digital output module with DHT 11 temperature and humidity sensor on it. It measures temperature between 2 ° C – 50 ° C. It can measure humidity in the range of 20-90% RH. Can be used with breadboard.

It is the infrared transmitter circuit. The IR diode on it emits IR light at a certain frequency. It is used with the receiver circuit. It is used in infrared light switching projects.

The receiver and transmitter module are together in the same body. The light emitted by the transmitter hitting an obstacle and returning it to the receiver provides an obstacle detection. It has a sensing distance of 2-30 cm. It is an arduino module that is also used in black and white line tracking.

This arduino sensor module has an interesting way of working. A red led flashes at a certain frequency. The photo transistor in the system detects this. When you put your finger in the module, the amount of light the photo transistor receives changes slightly depending on your blood pressure. So its resistance is changing. In this way, you can measure the heart rate.

The metal touch sensor module is actually a simple amp circuit. When you touch it, mosfet detects it. The signal is amplified.

A fire sensor board is used to detect a particular wavelength of fire. An IR diode is used as the sensing element. Its sensitivity can be adjusted with trimpot. Outputs analog and digital.

This sensor is used as line detection sensor in line tracking robots and sumo robots. Its sensitivity can be adjusted by potentiometer. There are measurement settings between 0-30 cm.

They are sensors that can output analog and digital and detect the change of magnetic field in the environment. Sensitivity can be adjusted with potentiometer. For example, in the new generation teleon cases, the device wakes up as soon as the cover is opened.

Rotary Encoder Module is a module that gives a separate signal when it is pressed, and the value of the square wave signal it produces when it is turned is changed. It is often used in selecting menus in projects.

According to the location of the mercury in a tube in the module, the led works according to the principle of giving light. You can use this module in robots. When the robot reaches the slope, the mercury changes position and sends a signal to the arduino. You understand that the slope has come.

You can detect the slope with this mercury arduino module, which has a similar function of module 13.

The Reed relay module has a wide range of uses. It is especially used in home security and automation systems. It is used to detect magnetic field and position.

This Tilt Sensor Module works on a mechanical operating principle. It detects a bevel thanks to 2 balls inside the sensor. When the sensor is in an upright position, the balls touch the connectors on the leg of the sensor, turning off the switch. Sensitivity can be adjusted with the potentiometer on it.

LDR is an electronic material whose resistance changes according to the amount of light. The module outputs when the light level reaches a certain value in this module. The light value to trigger can be adjusted by potentiometer.

It is a vibration detection sensor that can give analog or digital output and its sensitivity can be adjusted by potentiometer. 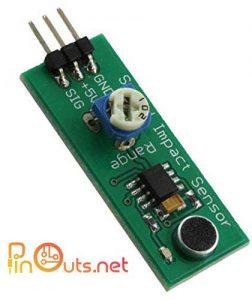 It is a module that can detect sound up to 3m distance and its sensitivity can be adjusted by potentiometer. It is widely used in alarm system projects where sound can trigger something. 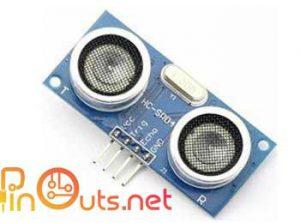 It is used to measure distance between 2cm-400cm. It is frequently used in robotic applications. It is simple to use.

It is a sensor used by immersing in the soil and measuring the moisture content of the soil. It is generally used in irrigation projects.

It is a module that measures pressure between 300-1100 hPa, where you can get altitude information in the range of 500-900 meters. It is used in Multicopter projects.

It can detect the gas produced by substances such as natural gas, ropan, methane and alcohol. It is used in fire detection projects..

It is a sensor that detects when it is wet. It is used in projects related to fire detection. Sensitivity adjustment is made with potentiometer. Outputs digital and analog.

The PIR sensor detects moving objects in the environment. While the distance is adjusted with one of the potentiometers, the duration of being active is set with the other. It is used in projects such as motion-sensitive lamps. 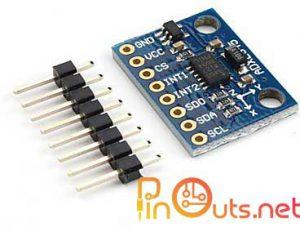 Accelerometer. It can detect in 3 axes. It is often used in balance robots and drones to maintain balance.